Charles Manson and the Manson Family

A Short History of Charles Manson and the Manson Family 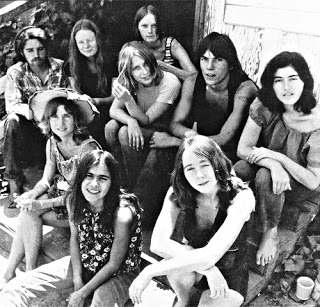 Charles Manson, born in 1934, was an infamous American cult leader and criminal. Manson was born in Ohio, and he later moved to California where he would carry out his desire for an unconventional lifestyle. While in California, he began to form his “family” that would later be known as one of the most infamous cults in history: The Manson Family. Manson was a master of manipulation, and he easily coaxed the members of his family into committing multiple accounts of murder. By the late 1960s, he had dozens of members under his control, who he taught his prophecies of a future race war. One of the first murders to be carried out by his followers would be the murder of pregnant actress, Sharon Tate.

According to CNN, following the family’s murder, Manson joined his family on a search for new victims. Manson’s family would soon countinue to carry out several murders in the state of California.”Manson’s philosophy of the upcoming Apocalypse was the true motive behind the killings,” said Crime Museum. He believed that the Apocalypse would be the result of a horrific race war between blacks and whites. The Manson Family trial began June 16, 1970.

During the notorious trial, Manson exhibited psychotic behavior, along with the members of his family. According to Crime Museum, “Manson aggressively vocalized his views and opinions regarding the testimonies and statements made by the prosecution. A memorable moment occurred when Manson and the judge fell into a disagreement resulting in Manson physically throwing himself at the judge, exclaiming, “someone should cut your head off.'” In 1972, every member of the Manson Family was found guilty of several murders, and the penalty of death was reached by the jury. Manson died in prison on November 19, 2018 due to natural causes. After years of murder and chaos, Manson will be remembered as one of the most evil and chaotic men to ever live.