Nancy Pelosi has announced an impeachment investigation into Donald Trump. 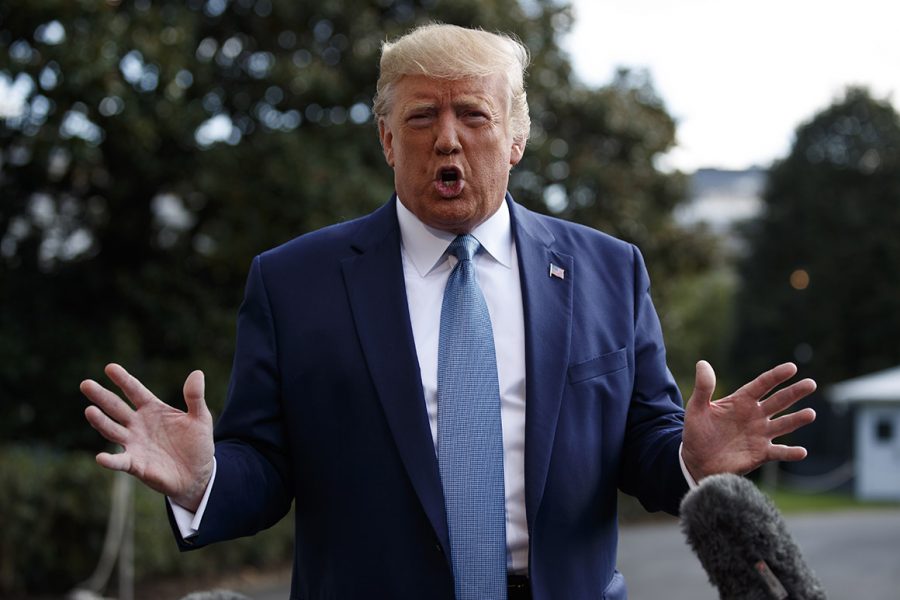 Nancy Pelosi, Speaker of the House of Representatives, has announced a formal impeachment inquiry into President Donald Trump. This comes after mounting pressure from fellow Democrats and an extremely politically divided nation on the cusp of a clash between Congress and The President.

The announcement, which occurred on Sept. 24, came amongst reports that Trump may have overstepped his presidential powers and sought help from the Ukrainian president to investigate former Vice President Joe Biden, the current face of the Democratic race, in an effort to help his chances in the upcoming election.

In a phone call with Ukrainian President Volodymyr Zelensky, President Trump asked for help in investigating Biden, according to a summary of the call released by the White House. In the days before the call, Trump ordered advisers to halt $400m in military funding for Ukraine, arousing speculation that he was withholding the money to use as leverage for information on Joe Biden. Trump has denied that charge, but admitted that he blocked the funds which were later given to Ukraine (Washington Post).

According to BBC, lawyers representing the first whistleblower have said that a second one has emerged, although no information has come out about the details of their allegations. It is not clear whether or not this second person is also represented by the lawyer of the first whistleblower. Donald Trump’s lawyer, Rudy Giuliani, tweeted that he was not at all surprised that a second “secret source” had come forward, deeming the inquiry investigation politically motivated.

But what does all this mean? Could the president be removed? Well, in order to be removed from office the president must be found guilty of committing “Treason, Bribery, or other high Crimes and Misdemeanors.”

According to AJC, the action of impeachment is lengthy, but they have put together a list of the steps that go into the process:

An impeachment resolution must be introduced by a member of the House of Representatives.
The speaker of the House must then direct the House Committee on the Judiciary to hold a hearing on the resolution to decide whether to put the measure to a vote by the full chamber and when to hold the vote.
A majority of the Judiciary Committee must approve the resolution, then it is moved to the House.
If a majority of those voting in the House approve an article of impeachment, then the president is impeached.
The procedure then moves to the Senate where a trial is held to determine if the president committed a crime.
The chief justice (EDIT: I feel like “chief justice” should be capitalized.) of the U.S. Supreme Court presides over the trial.
Senators listen to the evidence presented, including closing arguments from each side and retire to deliberate.
Senators then reconvene and vote on whether the president is guilty or not guilty of the crimes he is accused of. It takes a two-thirds vote of the Senate to convict. If the president is found guilty, he is removed from office and the vice president is sworn-in to become the president.

Whether or not the president will be impeached remains to be seen, as we are only in the infancy of the process. Only two other presidents have been impeached, and neither one of them was removed from office.