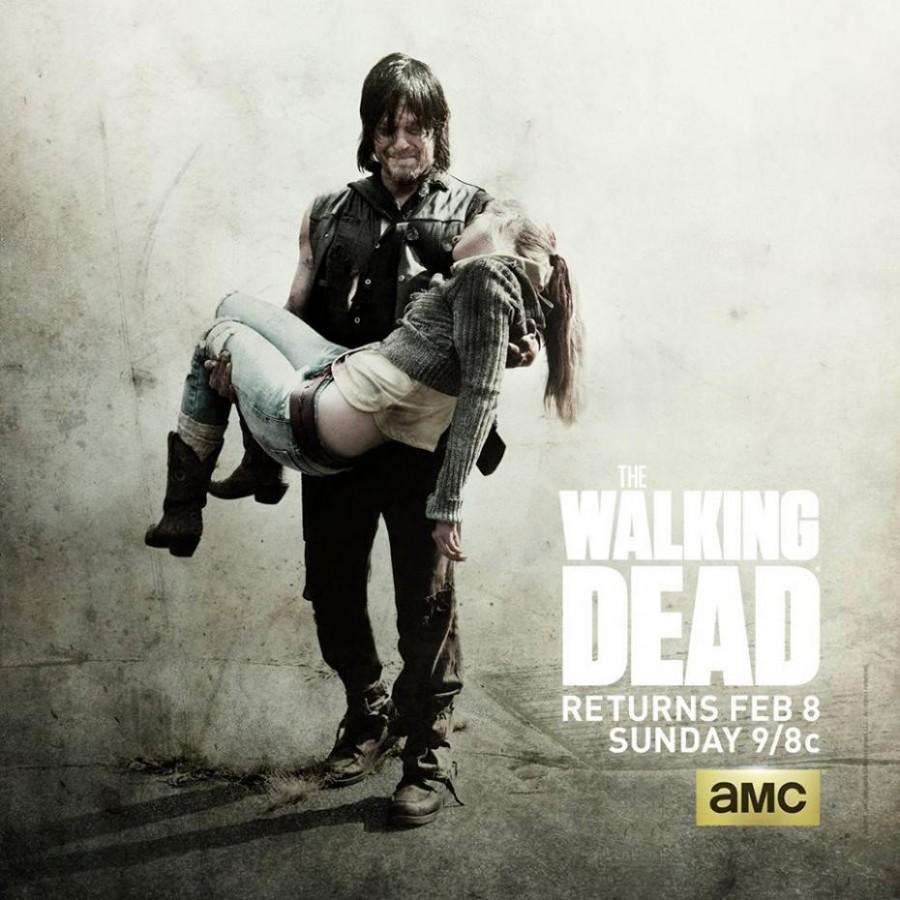 Last Sunday was a sad, but exciting day for all Walking Dead fans. The last episode of 2014 left the show on a grim, but hopeful note. This is a review that contains a lot of spoilers, so stop reading now if you have not yet seen the episode.

The opening scene of the finale was one of my favorite scenes of the season. Rick running, then driving, after the escaped captive, warning him to stop through the police car’s speaker, then finally flooring it and running him over, made every comic fan remember something. This is a moment taken directly from the comics that was then augmented for the show. In the comics, Rick ran someone over with an R.V. I won’t spoil who it was, or when this happens, but I will say that this person says the same line that Lamson said after he was hit: “I’m starting to get the idea.”

This episode was entitled Coda, which is a really cool detail. In music, a coda is a symbol that means you return to a specific part of a piece or that you return to the beginning of the piece. This is significant because this episode takes place almost entirely in Atlanta, the city where Rick first came in contact with the group, and first got on track to finding Carl and Lori. This episode was the end of the first half of season five, but it was also a return to the beginning, which really added another layer of sentimentality for all fans, not just those who have read the comics.

This first half of the season has been very scattered, much like the second half of last season. This is good for some things but bad for others. Splitting the group up so much has allowed lesser characters to really stand out, and I think a main reason they did that was to bring out the stories of people like Beth, Carol, and Abraham. The ending of this episode would not have been nearly as effective if smaller characters weren’t built up in the scattered episodes of last season.

Father Gabriel’s adventure to the school, where he saw what remained of Bob’s leg, was really cool, but probably could have been set up better. It is early in Father Gabriel’s show life, and I’m sure he’ll get a deeper story later. I love the backstory he’s had so far, the whole locking his parish out of the church thing, but I don’t think it adequately set up his trip to the zombie-infested school.

In keeping with the title Coda, there were several other small things that were references to the show’s past. When Carl, Michonne, and Father Gabriel escape from the zombies in the church then board them in, the zombified hands and faces reaching through the door trying to get through are heavily reminiscent of the “DON’T OPEN DEAD INSIDE” door from the hospital in the pilot. This is an obscure symbol that may not have even been intended, but it still reminded me of the past. Since this episode is entitled Coda, it doesn’t sound crazy to believe that this was actually a manufactured reference.

Dawn was not my favorite character. Gareth was by far a more interesting enemy.  Even Joe from last season had better lines than her. She was a different kind of threat, was dangerous because she was so afraid of losing control, and letting her community down. I don’t think she ever knew completely what she was doing so she had to be ruthless and allow questionable things to occur behind her back to stay in power. Dawn was really just a dumb cop trying to hold onto power and keep her hands as clean as possible. I think that after she killed the group’s last leader, she lost it a little bit. Maybe she even developed a fear of God, and that’s why she always seemed to be in the background coordinating, rather than on the front lines like other leaders typically are, such as Rick and the Governor. Dawn was a weaker antagonist and I didn’t find myself caring too much about her scenes with Beth.

The conclusion of this episode was very sad and definitely tried to be. I went into the episode assuming Beth was in jeopardy, and when she was shot I wasn’t shocked.  The saddest part of the episode was Daryl carrying Beth out of the hospital. Emily Kinney gave a great performance in her last episode, and will be missed by all fans for the rest of the season until someone else inevitably dies in the second half of the season. I loved the episode and cannot wait until February for more of The Walking Dead.