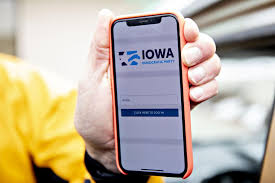 The Iowa Caucus app crash caused a delay in the results (photo courtesy of Forbes).

The 2020 Iowa Caucus took place on February 3. Iowa is the first of the state primaries. However, the event did not go as smoothly as planned.

According to Merriam-Webster, a Caucus is described as “a closed meeting of a group of persons belonging to the same political party or faction usually to select candidates or to decide on policy.” The normal procedure for Democrats is delegates move around the caucus site and stand in their chosen candidates designated area to “vote” for that candidate.

This year, an app was developed to help count the votes for each candidate. However, the app crashed and none of the votes were recorded. This caused the results of the caucus to be unknown for days.

As a result, President Donald Trump received all of the Republican votes from the caucus, despite other candidates earning votes on the app. Local news stations following the caucus were confused by the lack of results on the night of the caucus. Many newscasters awkwardly awaited results that never came.

The app will be used again in the Nevada caucus on February 22. According to NPR, the Democratic party in Nevada is confident that the issues have been resolved.