An 11 year old & woman were Killed in a Hostage Situation

An 11 year old and a woman were killed in a hostage situation in Oregon. 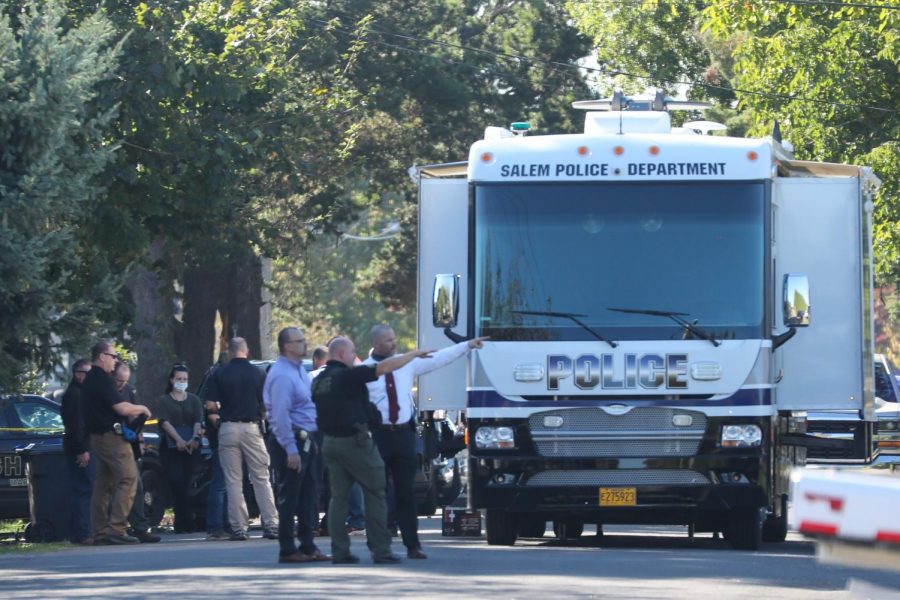 A woman and 11-year-old boy were killed in a hostage situation that happened in Salem, Oregon, as state police said on Tuesday. The suspect was also found dead. Deputies from Marion County Sheriff’s Office responded to a possible hostage situation on Monday around 12:30 pm, according to a news release from the sheriff’s office.

According to CNN, the suspect, 34-year-old Jose Jesus Lopez-Tinoco, was keeping two adults and two children hostage when law enforcement officers arrived. Deputies were able to establish communication with the suspect and were trying to resolve the situation when they heard gunshots. As they made their way into the home, they found 24-year-old  Diari Bustos-Bustos and an 11-year-old boy, who was not named, dead with gunshot wounds, police said.

A 43-year-old woman, who was identified as Laura Rocio-Bustos, had a gunshot wound and was taken to a local hospital. Police said the other child inside the home, a 13-year-old boy, was not injured. The suspect was found dead “with what appears to be a self-inflicted gunshot wound,” state police said. According to The New York Times, deputies had tried to “resolve the situation peacefully” and “establish communications” with the suspect. As reported by the New York Times, the sheriffs office stated“Ultimately, there were multiple fatalities during this incident, including that of the suspect. No deputies were injured. ” Authorities did not discuss a possible motive for the incident. It’s unclear whether the suspect and the victim had a pre-existing relationship.

Around 85 to 90% of hostage negotiations are resolved successfully.