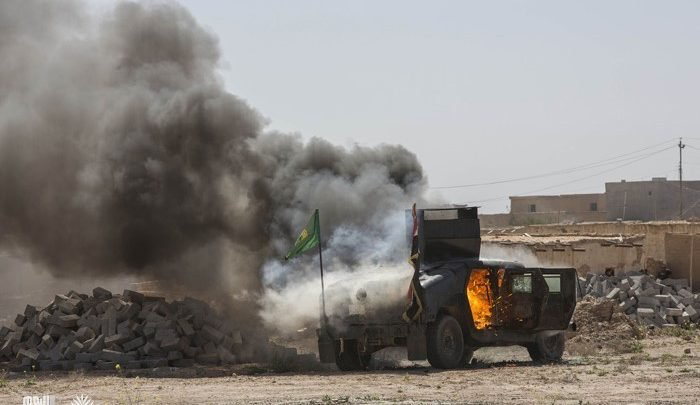 On Wednesday, January 6, 2021, the Israeli Military began to attack the Syrian Army. Israeli airstrikes targeted several sites around Damascus, Syria The Times of Israel reported late that night. The attacks struck the area of el- Kiswahili, south of the capital, and around the town of Dismas, west of Damascus.

The Britain-based Syrian Observatory for Human Rights, a pro-opposition organization, stated that the strikes killed three Iran-backed fighters. The Israel Defense Forces refused to comment on the late-night strikes, with its policy to neither confirm nor deny its operations with Syria. An anonymous military source reported to Syria’s state media outlet SANA, “The Israeli enemy carried out an air attack using a barrage of missiles from the direction of the occupied Syrian Golan on some targets in the southern region.”

Syrian military responded to these attacks. According to the Times of Israel, the Syrian Military fired a large number of surface-to-air missiles and other anti-aircraft weapons into the sky. Most incoming Israeli misses were intercepted. The Syrian military is generally disregarded by Syrian war analysts, who considered them false. Syria had a recent airstrike attack back in November before this one. This took place near the town of Magyar in the Central Hama province. The airstrikes destroyed four weapons manufacturing facilities, according to SANA.

Masyaf is a significant military area for Syrian President Bashar Assad’s regime that includes a military academy and a scientific research center. The area around Masyaf, which is also believed to have an Iranian presence, Syrian Observatory For Human Rights reported they’ve been targeted by Israel many times in the past. These strikes kill 217 people.