Russia Expands Their Military Bases Into the Arctic 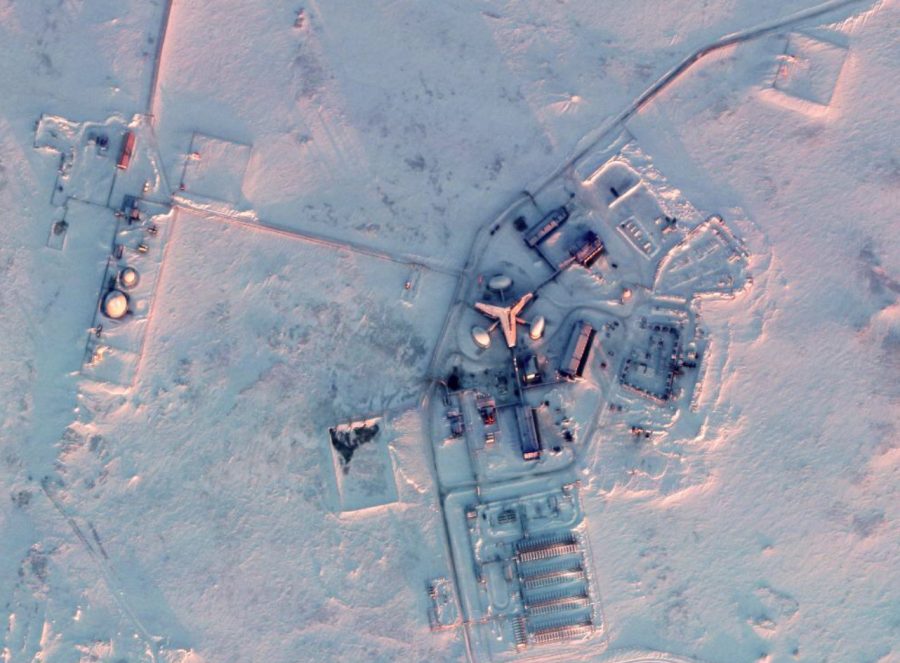 Satellite imagery of Russia’s new base

On March 16, 2021, a satellite captured the Russian military accumulating a shocking military might in the Arctic, testing their newest weapons, in a bid to lock down its northern coast and create a key shipping route from Asia to Europe.

Weapons experts and Western officials have expressed particular concern about one of Russia’s ‘super-weapons,’ the Poseidon 2M39 torpedo. The creation of the torpedo is moving fast with Russian President Vladimir Putin requesting an update on a “key stage” of the tests in February from his defense minister Sergei Shoigu, with further tests planned later this year, according to multiple reports in state media.
This unmanned stealth torpedo is energized by a nuclear reactor and intended by Russian engineers to sneak past coastal defenses — such as those of the US — on the seafloor. (Iz.ru)
According to Russian officials, the device is intended to deliver a warhead of multiple megatons, causing radioactive waves that would destroy the target coastline and make it uninhabitable for decades.
In November, Christopher A Ford, then assistant secretary of state for International Security and Non-Proliferation, said the Poseidon is designed to “inundate U.S. coastal cities with radioactive tsunamis.” (CNN)
Satellite images provided to CNN by the Maxar company detail a shocking and continuous build-up of Russian military bases and hardware on the country’s Arctic coastline, together with underground storage facilities likely for the Poseidon and other new high-tech weapons. The Russian hardware in the High North area includes bombers and MiG31BM jets, and new radar systems close to the coast of Alaska.
The satellite images show a slow and methodical strengthening of airfields with a shamrock-like design, bathed in the red, white, and blue of the Russian flag at several locations along Russia’s Arctic coast over the past five years. The bases are within Russian territory and part of a legitimate defense of its borders and coastline. US officials have voiced concern, however, that the forces might be used to establish de facto control over areas of the Arctic that are further afield, and soon to be ice-free due to climate change.
“Russia is refurbishing Soviet-era airfields and radar installations, constructing new ports and search-and-rescue centers, and building up its fleet of nuclear- and conventionally-powered icebreakers,” Lt. Col. Thomas Campbell, a Pentagon spokesman, told CNN.
A senior official of the State Department told CNN: “There’s clearly a military challenge from the Russians in the Arctic,” including their refurbishment of old Cold War bases and construction of new facilities on the Kola Peninsula near Murmansk city. “That has implications for the United States and its allies, not least because it creates the capacity to project power up to the North Atlantic,” the official said. (CNN)
The climate emergency has removed much of Russia’s natural defenses to its north, such as walls of sheet ice, at an unpredicted rate. Therefore the Russian Military is trying to compensate by using warheads.
Delete Image
Align Left
Align Center
Align Right
Align Left
Align Center
Delete Heading